7 Emergency Preparedness Apps to Keep on Your Phone

The MyShake App is great if you want to learn more about the science of earthquakes, as it provides information from recent ones around the world. And if you’re in one yourself, it may provide some data not available elsewhere. Under the Safety tab, graphics depict people doing various activities to prepare, survive, and recover from an earthquake.

April is National Earthquake Preparedness Month, and Earthquake Warning California is the first in the nation early warning system for earthquakes and includes technology such as the free MyShake App and Android Earthquake Alerts that can give mobile users a few moments notice before shaking so that they can take protective actions such as to drop, cover, and hold on.

Amanda Moyer, who is the Program Manager of Earthquake Warning California for the California Governor’s Office of Emergency Services, discusses how these warning systems work.

3 Steps Californians Should Take to Prepare for Big Earthquake

On April 18, 1906, a violent earthquake struck San Francisco, collapsing structures and rupturing water and gas lines. The quake, which lasted up to 60 seconds, resulted in the deaths of more than 700 people. More than a century later, California commemorates this historic event during April’s Earthquake Awareness Month.

In this op-ed, the Red Cross encourages Californians to be prepared by taking three key actions, including downloading the MyShake App to receive warnings.

As a result, building codes changed and retrofitting was done at hospitals and on freeways and water pipes to mitigate (or reduce) the effect of the next earthquake. State and local responders are prepared for the next earthquake with emergency plans and early warning systems, like the MyShake App.

California Governor’s Office of Emergency Services (Cal OES) team member Amanda Moyer joins TehachaPod to talk about the new “My Shake” App that will give you an early warning of an earthquake. Science and technology come together to provide us with an early warning of an earthquake. It may only save you a few seconds to tens of seconds but that may be all the time you need to seek cover before the shaking begins.

In a few weeks, Oregon will have its very own ShakeAlert system — a network of sensors that can detect seismic shifts and send out an alert via mobile devices seconds before shaking begins. California has had a ShakeAlert system in place since 2019 and has used it more than a dozen times as part of Earthquake Warning California. OBP speaks with the California Governor’s Office of Emergency Services Public Policy Specialist, Emily Holland, to hear about how it works.

California Dreaming: Earthquakes and the danger we live with every day

California is earthquake country. It’s estimated there’s a quake in the state every three minutes, although most are too small to be noticeable. It’s a danger we live with every day.

While scientists can’t predict earthquakes, seismologists are using smartphones to give us a warning that shaking has started – enough time to seek shelter. But cell phone technology does not stop there.

“If the Loma Prieta earthquake happened again, we would be able to provide about 10 seconds of warning between when the earthquake started and when the shaking would reach Oakland. The idea with giving people warning, even if it’s just a few seconds, is that they can then take action to protect themselves.”

FAQ: What to Know About the MyShake Earthquake Warning App

The ShakeAlertLA app familiar to many Los Angeles resident stopped issuing earthquake warnings at the end of 2020. Developed to issue alerts when earthquakes reach a magnitude of 4.5 or greater, the app issued 100,000 early warning alerts of all recordable earthquake activity since its launch in 2018, the mayor’s office said Wednesday.

With ShakeAlertLA in retirement, the city urged residents to download the statewide MyShake app. MyShake is a statewide system that was announced by the governor on Oct. 17, 2019. The MyShake app is available for download through the Apple Store or Google Play.

Prepping for the ‘big one’ with Los Altos’ disaster expert

The Town Crier spoke last week with Los Altos emergency preparedness coordinator Ann Hepenstal for tips on preparing for the next “big one.” The interview below has been edited for clarity and length.

One can go to the USGS website, earthquake.usgs.gov, and see recent earthquakes and where people felt them. You can add your own comments about what you felt and experienced. Most of them you don’t notice. There’s also an early-warning app for Android and Apple called MyShake.

City of Los Angeles phasing out ShakeAlertLA in favor of new app, MyShake

One week from Friday, ShakeAlertLA will be retired. Users are being encouraged to download MyShake, a new statewide app that is being rolled out. MyShake uses information from the USGS to give Californians a heads up before a strong quake hits. It also improves on lessons learned by developers of ShakeAlertLA.

‘Don’t Get Caught Off Guard’

Are you ready for the “big one?” Regardless of how you answer that question, the good news is that tools are available.

In order to make it easy for organizations and individuals to share information about Earthquake Warning California, Cal OES has created a series of toolkits that can be copied, customized, and shared with friends, family, coworkers, clients, and the community. All toolkits are available on our website in English, Spanish, Chinese (simplified and Mandarin), Korean, Vietnamese, and Tagalog. The website also includes social media graphics that can be downloaded and shared.

PALMDALE —Pandemics and wildfires can catch people off-guard, but earthquakes no longer have to, thanks to Earthquake Warning California.

“With the early earthquakes tools and applications we can get just a few seconds warning now before we experience shaking,” Amanda Moyer, program manager of California Earthquake Early Warning Program said in a telephone interview. “Those few seconds can save lives to give us time to drop, cover, and hold on and protect ourselves before strong shaking occurs.”

SACRAMENTO, Calif — The California Governor’s Office of Emergency Services (Cal OES) is issuing an earthquake warning test on Thursday as part of the Great California Shakeout.

Cal OES will activate the alert through California’s MyShake phone application, which is available for free from Apple and Google Play stores. Cal OES officials ask from those who receive the alert to practice “dropping, covering and holding on” or other protective measures they would do in a real-life earthquake.

Get ready to ‘drop, cover and hold’ Thursday for the Great California ShakeOut Drill

“At 10:15 a.m., participants — including students, government workers, business employees and families — will be instructed to drop to the ground, take cover under a desk, table or other sturdy surface and hold on for 60 seconds, as if a major earthquake were occurring. Those who have downloaded the MyShake application to their phone will receive a test warning with similar guidance.”

“Californians are also being urged to download the MyShake App, a free alert system for Andriod and iPhone. The app uses the state’s extensive base of earthquake monitoring equipment to give residents some notice, at least a few seconds worth, that an earthquake is headed their way.”

How diverse is your government? + Arrests at Capitol protests + Are you earthquake ready?

The Governor’s Office of Emergency Services has launched a campaign to spread awareness of the state’s new Earthquake Warning California system.

The state will launch an advertising campaign titled “Don’t Get Caught Off Guard,” which will advertise on digital, social and broadcast media through 2022, with an optional one-year extension.

The California Governor’s Office of Emergency Services (Cal OES) has launched a new earthquake preparedness campaign Thursday. The announcement comes as an earthquake swarm continues to rattle a rural area of Southern California. Hundreds of earthquakes have hit since Wednesday south of the Salton Sea, near the town of Westmoreland.

“The state on Thursday coincidentally launched a ‘Don’t Get Caught Off Guard’ campaign to raise awareness of California’s earthquake warning system which detects the start of a quake and sends alerts so that people can protect themselves before shaking arrives. The annual Great California ShakeOut, in which millions of people practice the “drop, cover, hold on” response to earthquakes, is scheduled for Oct. 15.”

“California launched a broad new public education campaign on Thursday that offers residents no-cost tools, resources and information on how to prepare for the next big shaker. “Don’t Get Caught Off Guard,” from the Governor’s Office of Emergency Services, includes easy access to Earthquake Warning California, the state’s earthquake warning system.” 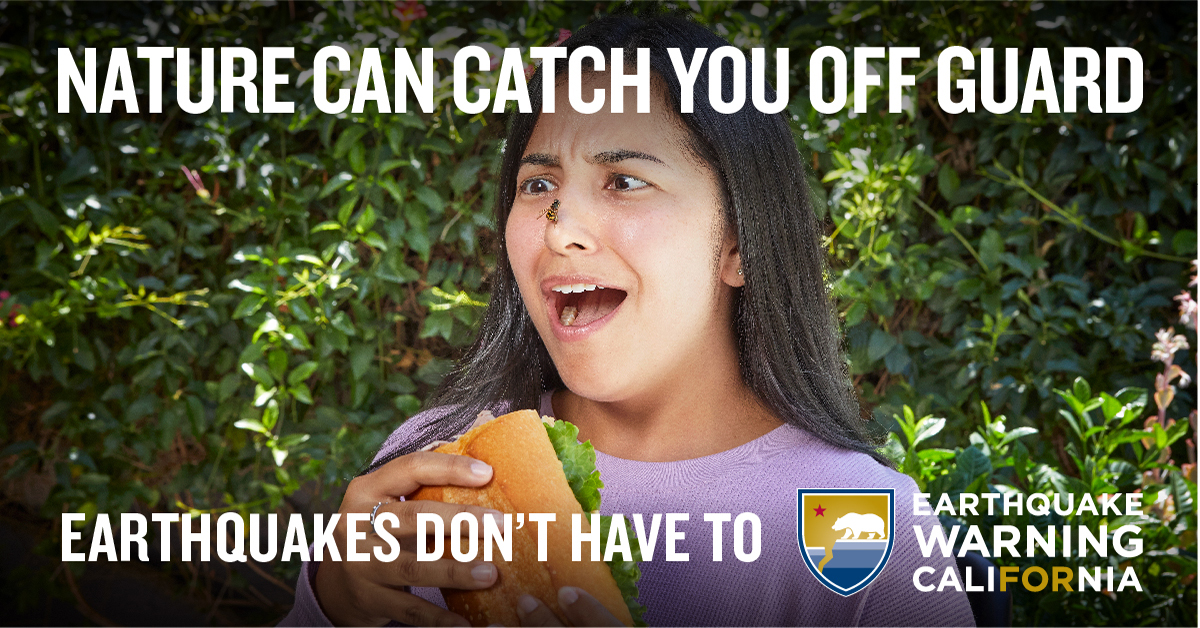 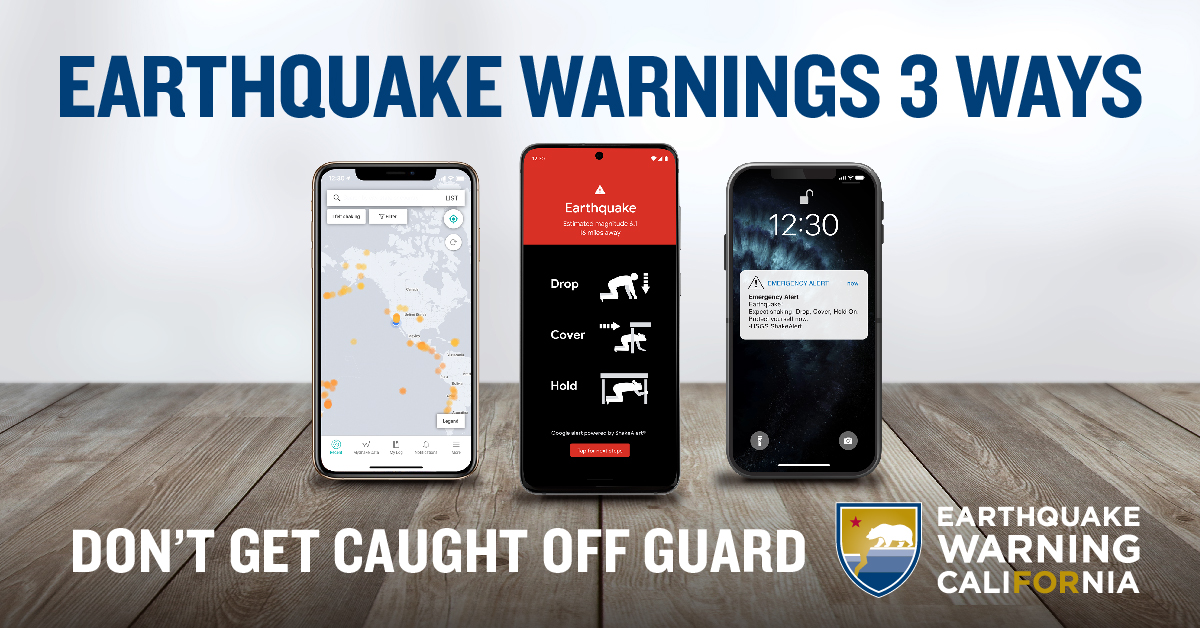 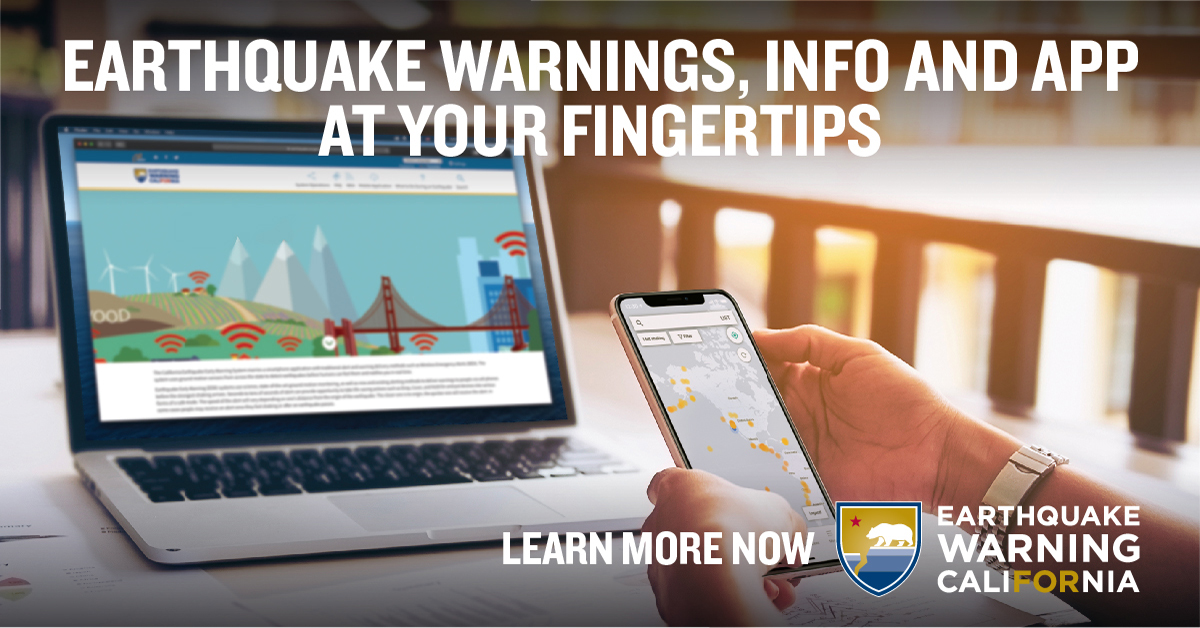 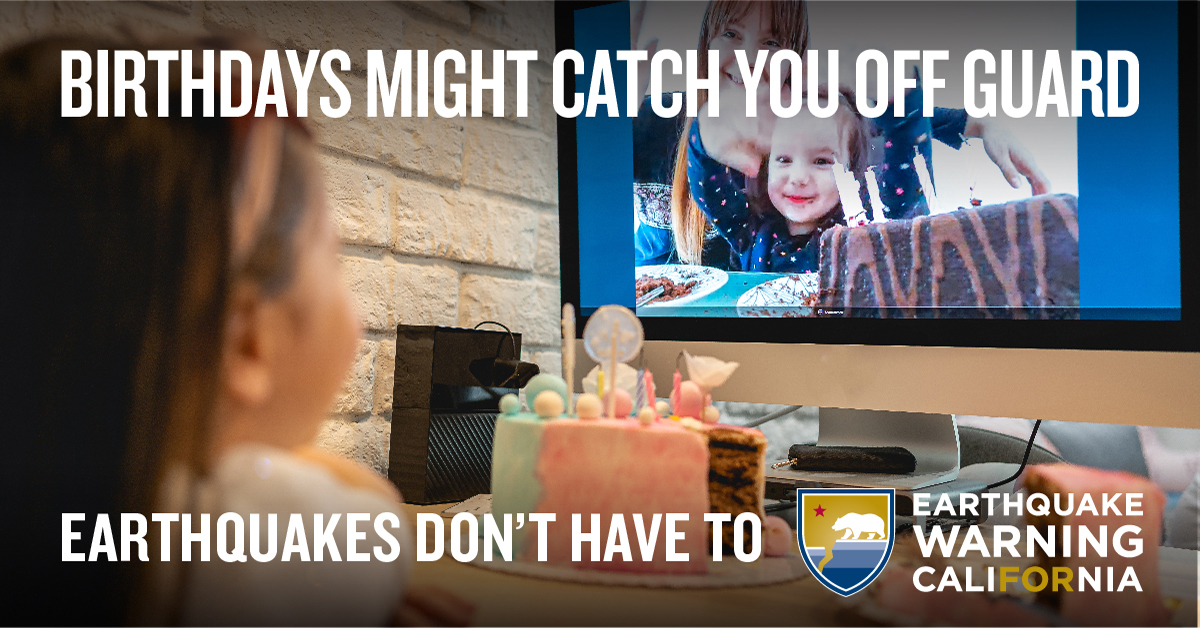 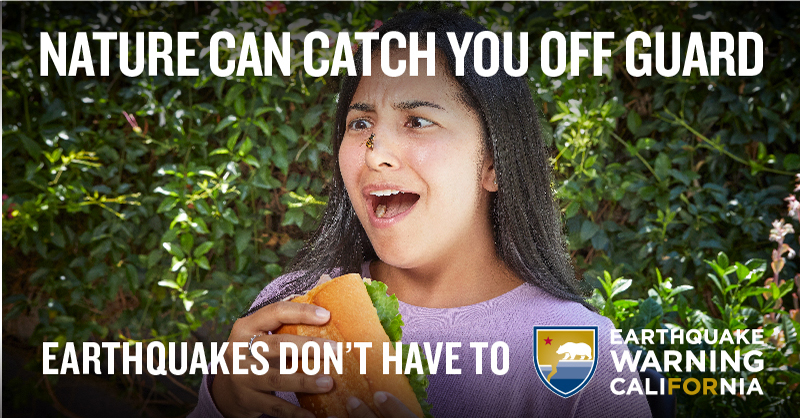 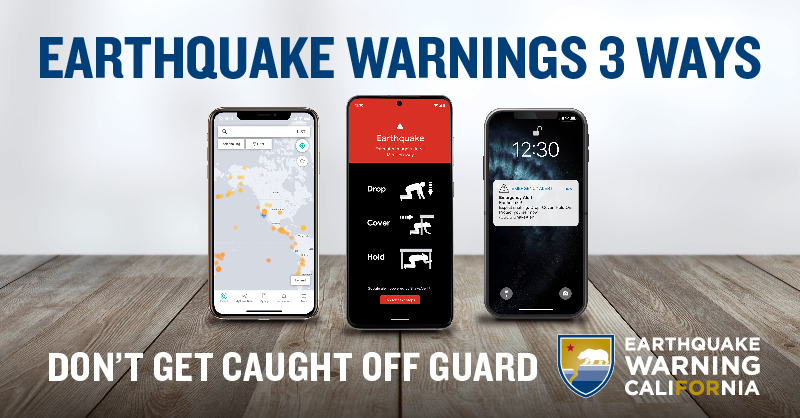 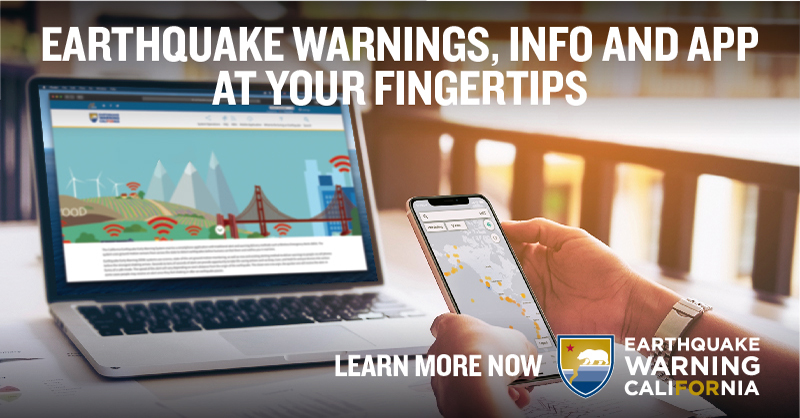 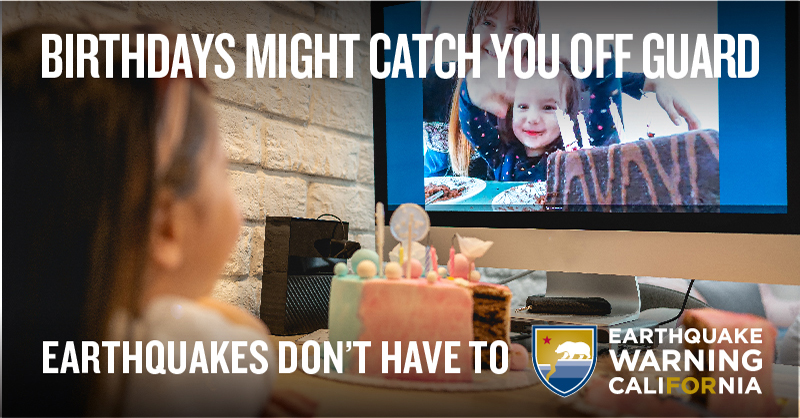 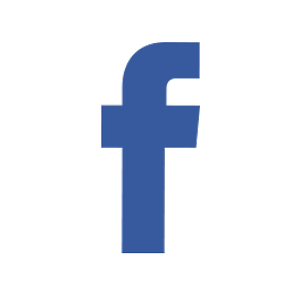 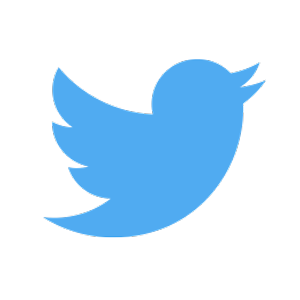 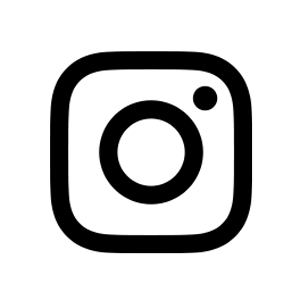 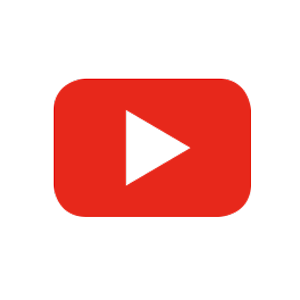